The Rohingya and a New Dawn in Burma 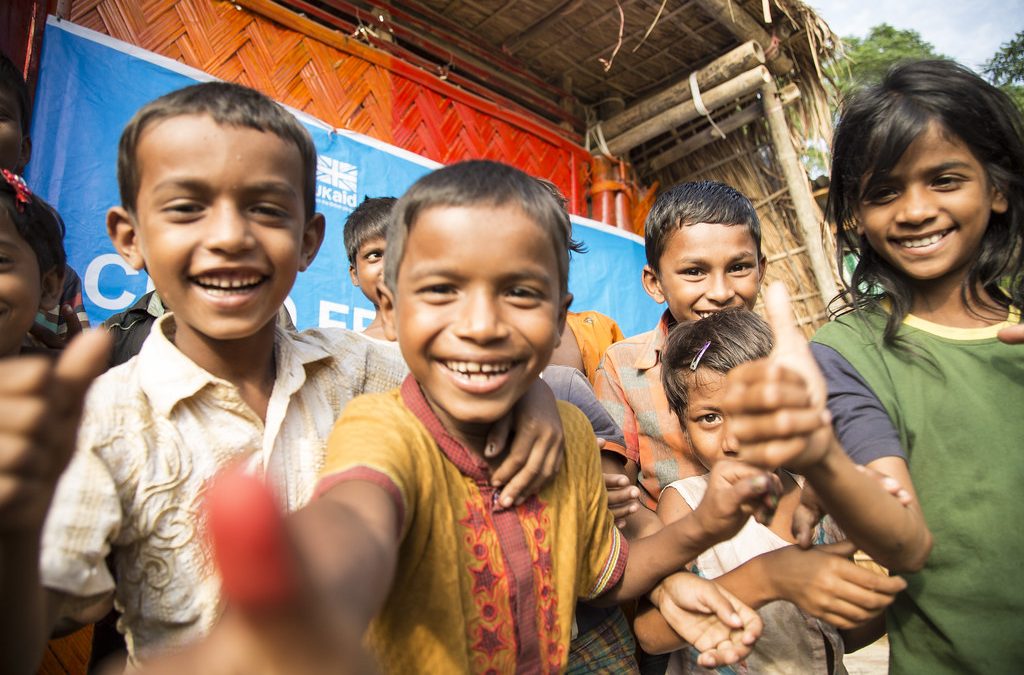 Aung San Suu Kyi and her ousted National League for Democracy (NLD) have established a government in exile known as the “National Unity Government” (NUG).  As well as former members of parliament, this unity government also includes anti-coup protest leaders and representatives of ethnic minority organizations. On March 13th, Mahn Win Khaing Than, the NUG caretaker Prime Minister said “this is the darkest moment of the nation and the moment of dawn is close”. It is, however, unclear whether this dawn would extend to persecuted minorities like the Rohingya since the NUG is yet to formulate a position on the matter. At a time when the Tatmadaw is waging a war against its own people, cooperation and solidarity among Burma’s many ethnic groups is imperative. Cooperation, however, can only be built on trust and the NUG needs to take a firm stance and support the rights of the Rohingya in Burma to build this trust now.

In 2017, Myanmar’s security forces and nationalist mobs conducted the most shocking brutal atrocities against the Rohingya, but they were not the first. The Burmese government has effectively institutionalised the atrocities against Rohingya for years. The military and Burma’s civilian-led NLD government, under the de facto leadership of Aung San Suu Kyi, had previously presented a unified front on the Rohingya issue, with Suu Kyi even appearing on behalf of Myanmar’s delegation before the ICJ.

The civilian government overlooked persecution and harsh treatment of the Rohingya population— many of these politicians now play key roles in the NUG. However, since the February coup, large sections of the population (predominantly ethnic Burmese people living distantly from Rakhine State) have started to finally understand, accept, and sympathise with the persecution of the Rohingya people.

Dr Sasa, a minister in the  NUG, has made several statements that indicate the NUG may recognise the plight of the Rohingya and show solidarity with them. During a virtual protest on the 20th of March, he promised justice for the Rohingya in reference to the atrocities committed by the military. However, it is unclear whether Dr Sasa’s stance is shared by all members of the NUG.

After the February coup, The Tatmadaw joined hands with Rakhine nationalist politicians who shared similar hostile objectives regarding the Rohingya. On February 12th, Myanmar’s “Union Day”, the State Administrative Council released Dr Aye Maung, a prominent Rakhine ultra-nationalist who has been involved in serious human rights violations targeted at the Rohingya, as part of a general amnesty together with 23,000 other prisoners. He had been charged with high treason and had been sentenced to 22 years. Dr Aye Maung was the founder and chairman of the Arakan National Party, the most influential party in Rakhine state, but split with the party in 2018 and founded the Arakan Front Party that same year.

Upon his release, the people welcoming him were holding placards saying “long live Sayadaw U Wirathu”, the “Buddhist Bin Laden”. Dr Aye Maung visited another ultra-nationalist monk, Parmaukkha Sayadaw, who has helped peddle a fiery brand of Buddhist ultra-nationalism and Islamophobia in Myanmar. He went on to express his gratitude to the State Administration Council (The Tatmadaw) led by Senior-General Min Aung Hlaing for his release. Thousands of ethnic Rakhine people, a far larger crowd than people protesting against the coup, greeted him at the airport, wearing garlands and chanting “long live Dr. Aye Maung”.

Dr Aye Maung has advocated for the genocide of the Rohingya people and has incited violence and hate speech against Muslims and the Rohingya on numerous occasions. He and the party he led, the Rakhine Nationalities Development Party (RNDP), were directly involved in human rights violations against the Rohingya. It was the Arakan National Party (ANP) that urged Tatmadaw Commander-in-Chief Snr-Gen Min Aung Hlaing to segregate Rakhine Buddhists and Rohingya Muslims in Rakhine State’s Maungdaw Township. He also openly advocated moving the Rohingya people into concentration camps or deporting them from the region and placing further restrictions on the Muslim population.

It is important to clarify that the discrimination of The Rohingya is not only top down but also bottom up and that this is what makes addressing it so challenging. It is not solely from the central government that enacts discriminatory policies towards Rohingya people, proposals often come from ethnic Rakhine politicians. Indeed, Rakhine politicians popularized the term “Bengali” to refer to Rohingya as interlopers from Bangladesh. In 2015, The ANP forced President Thein Sein to issue an executive order withdrawing the voting rights for the Rohingya who were previously allowed to vote.

The alignment of the ANP with the Tatmadaw and the release of Dr. Aye Maung will further increase the animosity towards Rohingya people. This animosity is further exacerbated by the Rohingya’s pro-democracy stance. While the entire country is united in its support of the democracy movement, ethno-nationalism still stands strong in Rakhine state. The remaining Rohingya in Rakhine will be in an unimaginable situation of horror and the repatriation of Rohingya refugees will remain a distant dream while the Tatmadaw remain in power.

On the other hand, if there were a change in government that accepts the Rohingya as citizens, the main problem will implementation of equal rights. Being citizens is the first and most basic step, it still doesn’t assure equal rights and dignity for Muslims in Burma more specifically in Rakhine state. The best example is the Ethnic Kaman Muslims who have been subjected to the similar discrimination as Rohingya although they are one of the officially recognized ethnic groups.

In order to implement equal rights for the Rohingya, the national Citizenship law needs to be revised to reflect a more democratic conceptualization of its nationhood. The country should embrace the principle of jus soli by abandoning ethnic citizenship system based on jus sanguinis. The existing citizenship system has not only been the source of producing millions of stateless people but also fostered the separation between different groups by privileging some over the others. The use of the jus soli would promote an inclusive citizenship policy, together with the recognition and respect for the rights of minorities, as a means of both integration and conflict prevention.

Secondly, the long-term segregation of the Rohingya from every aspect of social life and their political marginalisation must end. They must have unconditional opportunity to access any job in the civil service, both local and national.

Finally, the NUG should make a special effort to increase the representation of minority leaders at the national level, especially of those who have direct experience of living through ethnic conflict that has torn apart their communities. The NUG should involve representatives from the Rohingya community at all stages of the monitoring and implementation process when resolving Rohingya related issues. Rohingya representation has been completely absent from high-level discussions about the repatriation of Rohingya refugees to Burma, as well as decisions regarding matters of their everyday life in the country. These measures will ensure effective and sustainable minorities political participation and the allocation of sufficient resources to realize identified objectives.

The NUG has a very difficult task ahead and some feel that the best way forward is to sweep the problems of ethnic minorities in Burma under the rug for the time being. Anyone arguing otherwise is decried as undermining the unity of the Burmese people on social media. However, by now the NLD should know better. When their party came to power it disregarded many long-standing alliances with ethnic minorities and defended the atrocities the military committed against others. Now the next generation of leaders who chair the NUG has a chance to learn from past mistakes, build meaningful relationships and solidarity with ethnic minorities and pledge to work towards the protection of their rights. Supporting the rights of the Rohingya is not only the moral thing to do, it would also be an important sign that the new dawn Mahn Win Khaing Than promised is a new dawn for everyone in Burma.